I haven’t posted here in a while because I have been traveling in the UK with my family. We visited many beautiful gardens, but one of my favorites was The Lost Gardens of Heligan.

Heligan is an old estate that once had hundreds of acres of formal, informal and tropical gardens, maintained by a staff of twenty-two. After World War I, when many of the workers did not return from the war, the estate slowly declined. The gardens were abandoned by the 1970s, while the main house was sold and divided into private apartments.

In 1990, a man named Tim Smit (who later created the Eden Project) was shown the property by one of its owners, a descendant of the Tremayne family that had owned Heligan for 400 years. The property was held in a trust for him and his sister. They hacked their way through brambles and old hedges to find the remaining original garden structures and landscaping. The work they did over decades to restore the gardens, install sculptures and make Heligan a unique destination for visitors is described in Tim Smit’s book, The Lost Gardens of Heligan. This week’s Saturday Snippet is taken from that book:

We had cut our way through dense clumps of invasive bamboo, drawn towards a perfectly formed palm that stood sentinel at the entrance to what was obviously a walled garden. John Nelson and I were on another of our explorations, venturing deeper into the gardens each time. Today we were excited; somehow we knew it was going to be a special day. You can feel these things.

Once inside, we paused for a moment. There was a sense that we were trespassing, that we had come upon a secret shrine. In the gloaming we could see dozens of trees growing thickly together, woven into a solid mass by an extremely vigorous climbing plant that covered everything like a furry blanket.  We had never seen anything like this before. Under the trees we could make out shapes at once familiar and other-worldly. This was clearly the area of the garden where the real work had taken place. 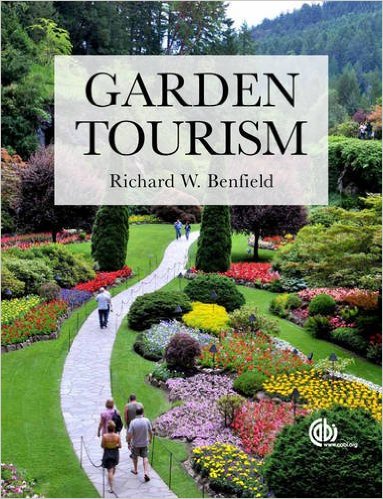 I don’t own the book pictured but I plan to engage in a lot of “garden tourism” soon. We will be traveling to Devon, Cornwall and Ireland this summer! I am so excited to see these beautiful parts of the world for the first time.  We will actually start in Glastonbury then work our way down the coast counterclockwise, ending up near Torquay for a family wedding. What gardens in the Southwest of England are not to be missed, in your opinion?

After the wedding, we will go to Northern Ireland and Dublin for a few days. I am excited to see the Giants’ Causeway and Trinity College, which my grandmother attended briefly many years ago. I know there will be many beautiful gardens to see in Ireland — which would you recommend? Thanks!

I spent the whole month of May posting about lily of the valley-based fragrances on my other blog, Serenity Now, in a series I called “May Muguet Marathon.” While I was doing that and reading a lot online about lilies of the valley, I came across a variety I have long wanted to try in my own garden, Convallaria majalis “Bordeaux.”  It was on sale, so of course I bought 40 pips! My teenaged son helped me create a new planting bed for them by spreading many cubic feet of mushroom compost on top of the clayish soil between several old azaleas and the base of our house’s front terrace, a partly shaded area that is well-watered by our in-ground sprinkler system. He turned it in for me; I hope this will provide a suitable habitat! Lilies of the valley do not become invasive here in the South as they do further north; in fact, sometimes they struggle. Fingers crossed that “Bordeaux” finds a happy home here!

I also bought some pips of Convallaria majalis “Prolificans”, which many sellers describe as “double-flowered”, but it is not a true double flower, as can be seen in this photo:

Rather, it has clusters of tiny, single flowers that dangle together from the main stalk, creating the look of double flowers. The true double-flowered lily of the valley is “Flore Pleno”:

I hope my new lilies of the valley find themselves happy in their new home and spread profusely! I would welcome what plant-hunter Reginald Farrer described as “the worst of all delicious weeds when it thrives.”

Garden and floral designer Non Morris wrote this lovely piece about lilies of the valley, a flower emblematic of the month of May, a couple of years ago.

GRACE KELLY, PARIS IN THE SPRING TIME AND THE “WORST OF ALL DELICIOUS” WEEDS 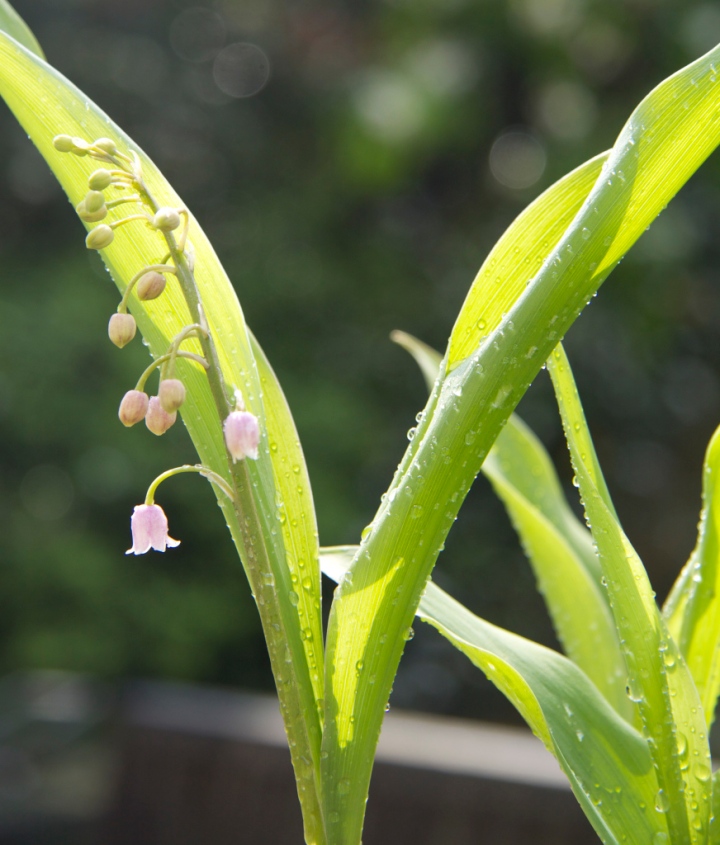 On the wooden table outside our kitchen door I have a terracotta pot of the most elegant pink lily of the valley, Convallaria majalis var. rosea.  The pot was given to me as a precious container of newly planted bulbs by my friend the painter, Charlotte Verity .  The gift was important as it was a memento of an extraordinary year Charlotte spent as Artist in Residence at The Garden Museum in London in 2010.  Here in the shadow of the ruddy castellated walls of neighbouring Lambeth Palace, Charlotte spent a year painting in Tradescant’s Garden – the knot garden created in 1981 by the Dowager Marchioness of Salisbury around the important tomb of the Seventeenth Century plant hunters.

Lily of the Valley 2009 – Charlotte Verity 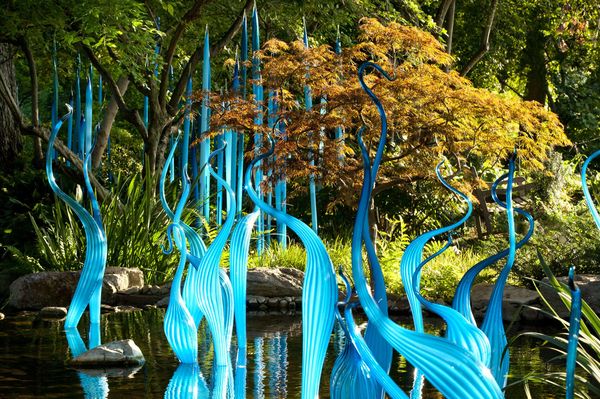 I haven’t posted Saturday Snippets in a while because of the onslaught of spring gardening “opportunities”! Here’s a short, partial rundown: dozens of Ajuga “Chocolate Chip” planted as groundcovers on a new berm alongside the patio/drainage area we had built last fall, with stones interplanted with Ajuga Metallica Crispa. At least fifteen heucherellas planted under the young Japanese maples we planted last fall in a new “grove” to replace the messy undergrowth in a small sideyard under a huge old water oak. New statue and birdbath also in place. Major pruning back of magnolia hedge in back garden, to edge of mixed shrub and perennial border. New deciduous azalea “Fragrant Star” planted and protected from curious, digging dog. Experimental planting of anemone sylvestris under old azaleas; also protected from curious, digging dog. New heucheras still in process of being planted, including two lovely Heuchera “Purple Mountain Majesty”. To be planted: “Berry Supreme” and “Frosted Violet.”

However, if I really get a lot done, I will likely treat myself to a field trip to see the new Chihuly exhibit at the Atlanta Botanical Garden, and that will be worth all the effort!

Oh my — I did not know that there were more “mouse ears” hostas, in addition to my beloved “Blue Mouse Ears”! I sense a hosta buying binge coming on …

‘Blue Mouse Ears’, the 2008 Hosta of the Year, is the mouse ears hosta that started it all, shown here with its adorable, well-proportioned flowers.

It is mini hosta time at Carolyn’s Shade Garden where mouse ears hostas are definitely the customer favorite.  What’s not to love?  Whether you go for the clever mouse-themed names, the round and rubbery, slug resistant leaves, the useful mini to small size, the perfectly symmetrical, elegant habit, the large variety of beautiful leaf colors, the pixie-like, proportionate flowers, or their general gardenworthiness, you can’t go wrong with mouse ears.

Nursery News:  You are welcome to shop at the nursery any time by appointment.  The 2016 Mini Hosta Catalogue is now on line here, and we are taking orders.  Our third open house sale, featuring hostas, miniature hostas, ferns, epimediums, and hardy geraniums, will be held on Saturday, May 7, from 10 am to… 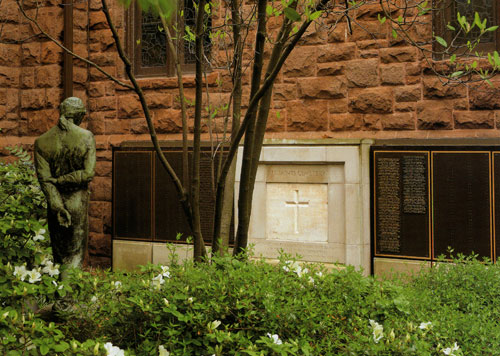 I think Easter is my favorite holiday. It hasn’t been swamped by materialism, as Christmas often is, and it doesn’t take months or even weeks of preparation. AND it includes flowers. Lots and lots of flowers. Many of my favorite flowers, including spring bulbs, lilies of the valley, white dogwoods, pink azaleas. The Anglican Book of Common Prayer has a beautiful blessing for gardens, recalling the special place of gardens during Holy Week:

Almighty and everliving God, whose Son Jesus appeared to Mary Magdalene in a garden and called her to be the first witness of his Resurrection:  we beseech thee to bless this humble garden wherein we have a remembrance of the mighty acts by which we have been saved; grant that all those who see it may ponder and adore the glory of the Cross and the mystery of his Resurrection and may sing with joy the victory hymn; through Jesus Christ our risen Lord, who liveth and reigneth with thee and the Holy Spirit, one God, for ever and ever.

But on Easter Saturday, the time between the Crucifixion and the Resurrection, we should also remember that Jesus’ Passion began in a garden too, the Garden of Gethsemane. Gardens contain death and life, endings and beginnings, whatever the gardener’s or visitor’s beliefs. So whether you celebrate Easter or not, I wish you a peaceful day in a garden, wherever you may be. 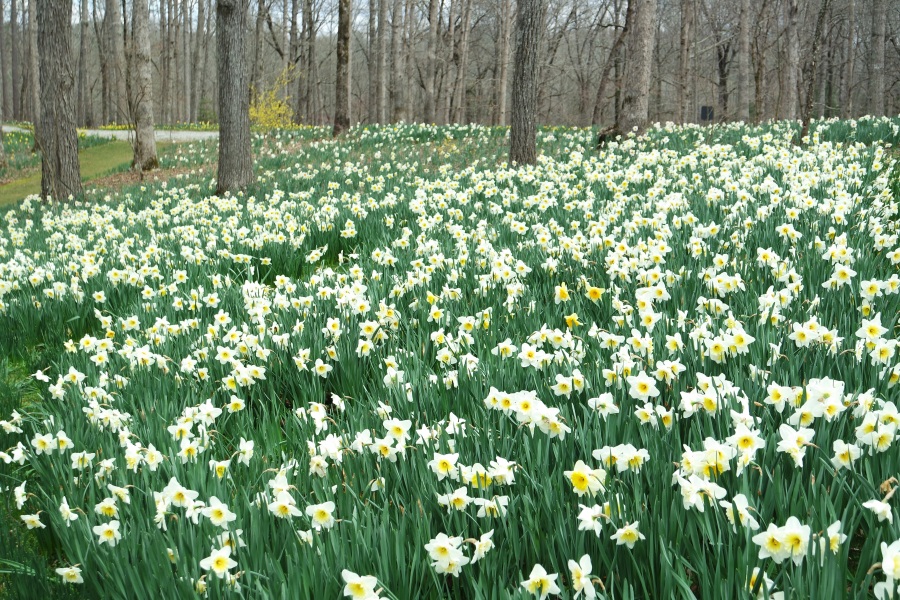 Last weekend, I fulfilled my ambition of visiting Gibbs Gardens during daffodil season, when almost 30 million daffodils come into bloom on its hillsides. It was, as hoped, spectacular! And now I am the happy owner of a lovely book by  Sara L. Van Beck, called Daffodils in American Gardens, 1733-1940. So today’s Saturday Snippet is taken from that book, quoting a nursery catalog and letter to customers from the now-gone Hastings Nursery:

We just wish you could see these Giants growing on the Hastings Plantation. We are growing hundreds of thousands and experimenting with about 100 different varieties. They bloom every spring and do fine in pots, boxes and bowls of water in the house during the winter and outdoors for the early spring beds, borders and lawn or garden plots. They make beautiful cut flowers. Daffodils just naturally do well in the South, whether you care for them attentively or whether you only set them out in the lawn. They are graceful and beautiful, rich in color and delightful for all flower purposes. Many friends plant our Daffodils by the thousands and come back for more and other varieties to add to the charm of their permanent home collections. 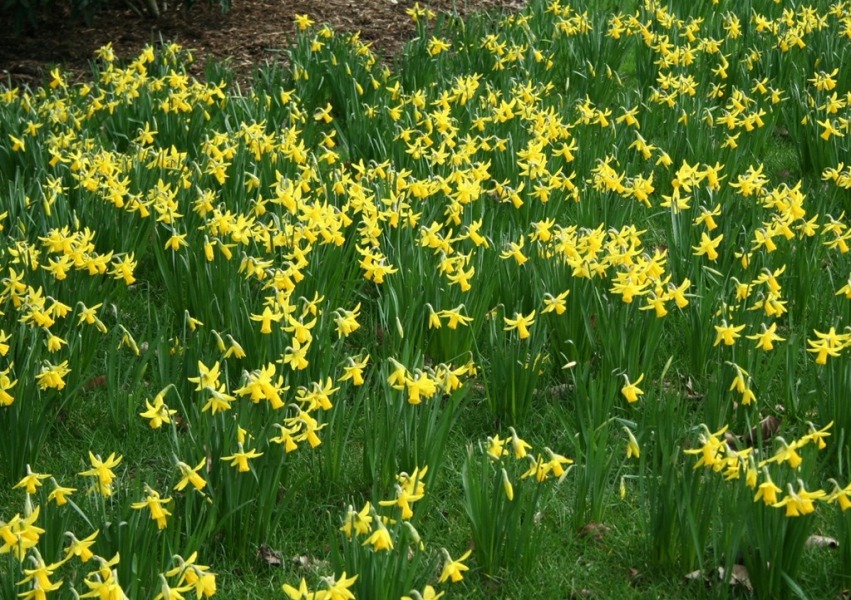 I cannot WAIT to go back to Gibbs Gardens this spring when the daffodils are in bloom! 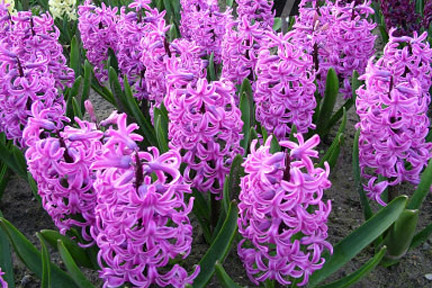 This week’s Saturday Snippet is from a poem called “For and Against the Environment”, by D. M. Black, from a favorite anthology, “The Oxford Book of Garden Verse.”

Have performed a wonderful feat of chemistry and hauled

out of the blackish confection of clay and potsherds which

feebly responds when I name it flower-bed;

shears, to prevent the mower sliding in mud,

and my attempt to dig the beds to enhance their fertility